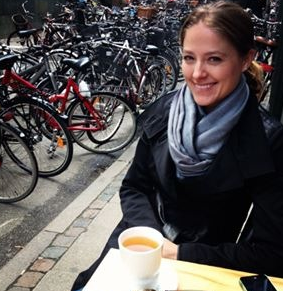 She represents: mainstream literary and commercial fiction, and nonfiction in the areas of memoir, biography, narrative nonfiction, popular culture, and cookery. She is actively seeking non-fiction, especially with topics in heath and nutrition, cookbooks, lifestyle and popular culture. She is especially drawn to new trends or new takes on old favorites, strong voice and dynamic platforms, and is always susceptible to a good solid tug on the heart strings.

Blue Heron Literary is a boutique agency based out of Seattle that places fiction and nonfiction with major and independent publishers throughout the U.S. and around the world.

Amy, a native to the Pacific Northwest and graduate of the University of Washington, began her career at the Sheldon Fogelman Agency in New York City, where she had the opportunity to work with books by some of her favorite childhood authors and illustrators.

She later returned to Seattle, selling books for becker&mayer! that focused on well-known estates and intellectual properties, including Star Wars and the Audrey Hepburn Children’s Fund.

One thought on “Get to Know an Agent in Attendance: Amy Levenson of Blue Heron Literary”